When we bought this house, the seller's disclosure was a laugh--every box but one was checked "Don't know." The only one checked "Yes" pertained to flooding, which the seller noted in detail was a thing that happened in heavy rain. The day I introduced myself to our next door neighbor Dan, the first thing he said was, "You know it floods." Then he added helpfully, "And the roof leaks." 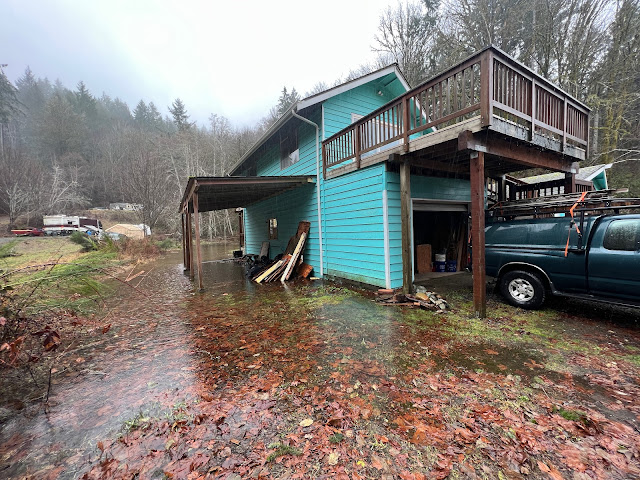 Last week, when I took down the kitchen ceiling, I found that yes, yes indeed, there is a roof leak. And today, after days of heavy rains and snow melt, I came back to the house and found an impressive amount of water lapping at the foundation of the garage. Tempting to call it a lake, but it's only a few inches deep, and really it's more of a river, stretching all the way to the back of the lot in a graceful curve around the higher ground of the woodshop.

We know the previous owners tried to address this. There's a cut filled with rock that starts out back and leads to a white plastic sump beside the house, with a pump and outflow pipe that discharges into a culvert that gravity drains under the gravel road into the mighty absorbent vacant lowland adjacent to us. But does the pump work? Even without it and despite continuing rain, the water was draining away, but it sure would be nice to hasten the process. So I stood in the flooded carport in rubber boots up to my ankles in water, contemplating what was presumably the pump's unplugged plug dangling beside a slightly sketchy outdoor outlet, just daring me to plug it in. But was this really how I wanted to die? 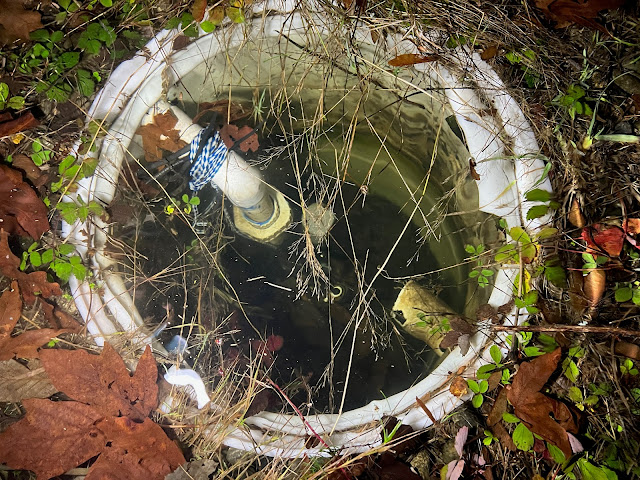 I pictured the coroner's verdict: "The electric shock didn't kill him. It just knocked him out, then he drowned facedown in a few inches of water. The internet installer discovered the body."* That didn't sound so bad so I plugged it in. As far as I could tell, nothing happened. No motor sound or vibrations disturbing the still water of the sump, but I left it plugged in on the off chance it was working.

Jared stopped by and told me how the morning's king tide was the highest ever and Hood Canal had overflowed and put North Shore Road under two feet of water and flooded some waterfront homes. We're at about 15 feet elevation, so our flood had little to do with that. Our issue is runoff from the slopes surrounding us on three sides. There's a reason we call this place Soggy Bottom.

But like in Ken Kesey's novel Sometimes A Great Notion, where a northwest family stubbornly refuses to let an encroaching river displace them, we're adopting the motto: "Never Give A Inch." (I know, it should be "AN inch," but that's part of the joke--the Stampers care not for the rules of hydrology; or grammar, for that matter.) Actually, we're not that defiant. Rather than fight it, we're going to try to work with the water, maybe landscape a dry creekbed that in big rains will become an attractive water feature instead of an amorphous source of dread. In the meantime, I'm just enjoying our temporary waterfront property.

*We got broadband internet today. Went easy except I had to run an extension cord for router because the power outlet next to coaxial port isn't wired yet. The installer, who revealed he used to do dirt work, when looking at the situation said, "River rock is your friend." He meant more for a curtain or french drain, but I suddenly saw something grander and more open. So if we ever build our creek, he'll deserve some of the credit for prompting me to think on a different scale. 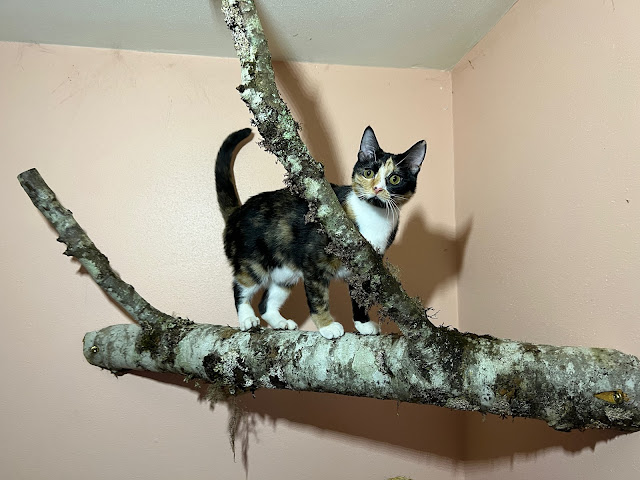 This place came with the three things I most wanted when I was 10 and my parents dragged me around looking at houses they couldn't afford: a fireplace, spiral stairs, and a pool table. The pool table will eventually go in the woodshop, where I'll build a protective removable top to use as table saw outfeed table. For now its ponderous bulk squats immovable in the living room, covered by tarp and piece of plywood for use as work station, though mostly it just collects stuff. Sarah claimed this bespoke scratching post off a free list and we've been planning to add a vertical element above for the cats to extend their climbing. First thought was shelf with a hole in it, then that evolved into a tree branch spanning the corner, inspired in part by Hundertwasser , an Austrian architect who planted trees in apartments. To bring the outside in, we cut a section off a felled birch out back. (We checked if birch is toxic for cats. It's not.) I marked the nearest studs and meas
Read more 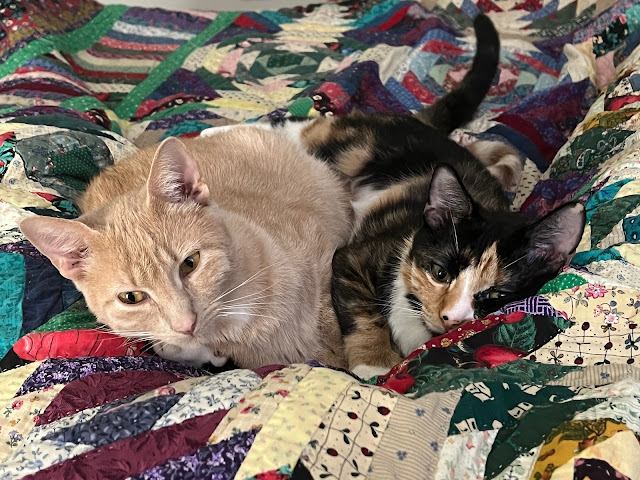